Monday Madness - Eighteen Years Old; What Parents Have to Look Forward to

Dear Parents,
My daughter is 18 -- going on 30, as they say.  We have five more treasured months before she turns nineteen (will that be any better?)

You can register to vote.  So we hurried on over to the DMV to kill two birds with one stone.  She'd get her 18 year old ID card (to see adult movies), and register to vote.  While waiting there for her photo ID, I suggested (in as casual a fashion as I could muster), "Why don't you re-take your Driving Permit test while we're waiting?"  We had to wait an hour or so, but that gave her time to cram.  This was her 3rd charmed time taking the test, (after passing the online Drivers' Ed course).  She'd failed the permit test twice, second time worse than the first.  While agonizing over trying a third time, her time limit expired.  But this time, she passed!

I knew our summer would be hours and hours, and miles and miles of practice driving to ensure she would be a safe and confident driver, who would ably pass her Road Driving exam.  I also told her, no driving until she completed all her high school coursework and passed her finals -- to ensure she'd graduate from high school.  We pushed it right to the last minute, while waiting for the grade on her on-line course.  But she made it and the last two weeks of high school were mostly spent being a senior, signing yearbooks, and practicing the Graduation Walk! 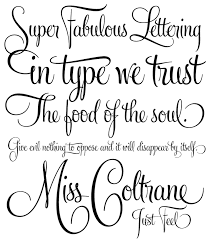 Next on the list of things you can do as an 18 year old:  get a tattoo.  Of course, I said "No way. Why would you ever want to deface your beautiful body with a tattoo?  That's so, so, trashy.  You know some employers still frown on tattoos."  I sputtered in my losing battle.  "Well, maybe if it's subtle, in good taste, and, hopefully, hidden."  She chose a foot tattoo -- some say they hurt the most.  To which I said "Good, I hope you have a lot of pain."  She suckered me into it with a tattoo that reads, "I love you" in my very own handwriting!  How touching is that!  (Are you choked up -- I was, sort of.)  And she even let me go with her and her friend to hold her hand.

Before graduating, we had to have The Eighteenth Birthday Party.  Now how would this be different from any other teen party?  Well, all of her friends would be 18 and they would all come with their very own lighters. Yes, you can't buy a lighter or cigarettes, until you turn 18.  Nevermind that none of her girlfriends smoke cigarettes -- they all smoke flavored vapor.  Yes, there they sat in the backyard, puffing away on their hookas and vapor pens with flavored vapor.  (I wasn't there the whole time, but I sincerely hope it was only vapor that they smoked, he he.)

That was the first few months of parenting an 18 year old.  Can you feel the underlying fear and angst in this lighthearted memoir?  I really was afraid she wouldn't complete her graduation requirements in time to walk at graduation -- and I'd paid for announcements, cap and gown, and the graduation party, too.  Which is a whole other story of way too much food -- which I gave or threw away -- plus a before and after graduation party -- when one party would have been enough.  I made her go to Grad Night, too, to get her high school mug and pajamas, little knowing it was an agony for her because she'd broken up with her high school sweetheart of three years by then and he was there, too. 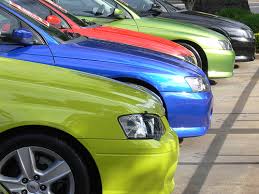 Back to the Driving, I was okay with her not having a driver's license at 16, since she needed more life experience and confidence before she was ready.  But then the three months of summertime driving was very frightening -- and yes, I also paid for driving school.  My thoughts and fears:  if that's how she drives under supervision, what will she do on her own?  What about the other crazy drivers we encounter each day, not to mention the drunks and druggies, and the sleep-deprived?  But we made it through the summer of practice driving.  She didn't have her behind the wheel exam appointment until after she started college.  By the time she passed and got her license, I was so done with daily driving her everywhere. 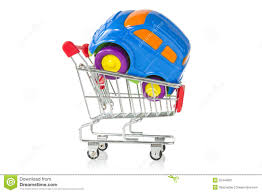 I'd also said, no car until she got a part time job to pay for it.  She did get a job and they were to give her 15-20 hours a week.  So we went car shopping.  Our mechanic said "No VW's, please -- too hard to work on."  But that's what she wanted.  Got a Jetta and our mechanic checked it out and told us there was an oil gasket leak, but it's not too expensive to fix.  They reduced the price $250 and it cost over $350 to fix it.  Then another $283, and now it's in the shop a third time.  Next time we'll be looking for one with a good safety record, good maintenance record, and good gas mileage.  Oh, and the 15 - 20 hours turned out to be 5 hours per week -- so I've been paying gas, car payment, maintenance, and insurance.  At least I don't have to drive her everywhere -- but then I also don't see her much at all since she got her car.